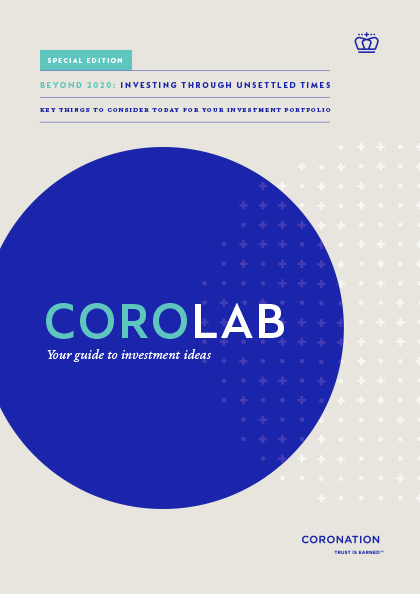 THE ENVIRONMENT FACING long-term investors is treacherous. We are in uncharted waters for our generation, with GDP forecasts drastically revised downwards (some economists forecasting double-digit contractions); the fiscal deficit to reach the highest levels in the post-apartheid era; and Stats SA having before calculated annual inflation at its lowest rate in more than 15 years.

In a deep recession, consumer and business demand collapse

Social distancing and lockdowns are severely disruptive and created a sudden halt in activity in many industries, which led to falling commodity prices and surging unemployment.

The IMF forecasts an enormous global output loss in 2020 and 2021 as a result of the pandemic that triggered the worst global recession since the Great Depression. At the same time, unlike the experience in previous pandemics, Covid-19 targets the economically inactive more than those seeking work, meaning labour availability is unaffected. 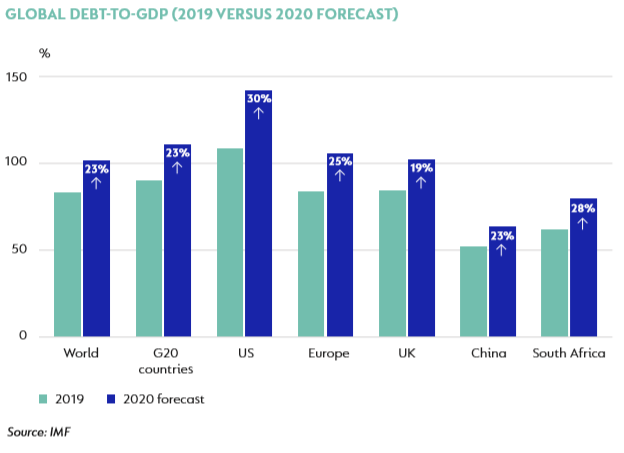 More insecurity, a decline in asset values and increased market volatility create a negative wealth effect, making households less confident and less likely to consume. The post-Global Financial Crisis (GFC) experience taught investors that loose monetary policies, such as negative interest rates and quantitative easing, are not necessarily inflationary. Unsurprisingly, market expectations in mid-2020 are that inflation rates will remain benign. If there is a concern, it is focused on the risk of deflation.

At the same time, government debt levels are growing dramatically. The ratio of US government debt to GDP is expected to increase to a level higher than the World War II peak this year. The UK debt ratio broke through 100% for the first time since the early 1960s. Local debt levels are also setting records, with National Treasury expecting an increase in the debt ratio from 63.5% at the start of this year to peak debt at 87.4% three years from now. Achieving this debt ratio will not be easy, as it is subject to realising significant expenditure cuts over the next three years. If the planned cost savings are not realised, the debt ratio will continue to deteriorate by 6% - 9% every year.

The local policy interest rate has only been lower once, briefly, back in 1973.

The US Federal Reserve continues to increase its balance sheet at a rate that dwarfs the policy response to the GFC a decade ago and the European Central Bank is not far behind. Nearly all advanced economies now have asset purchase programmes in place and the asset purchase strategy is increasingly being used elsewhere too.

To stabilise financial markets, the South African Reserve Bank cautiously joined 11 other emerging market central banks in launching a bond-buying programme during March 2020. The local policy interest rate has only been lower once, briefly, back in 1973. With inflation expected to remain low for the foreseeable future, more rate cuts are expected.

All this new debt will have to be repaid eventually

Some argue that repayment can happen over several decades, given that the pandemic is a once-in-a-lifetime event. The painless way to reduce the debt burden over time is through economic growth. As a country becomes more productive and thus wealthier, it is relatively easier to raise the taxes required to support current spending and repay accumulated debts.

This was the happy outcome for South Africa in the 2000s, when our debt ratio fell dramatically.

Globalisation is in reverse gear

Unfortunately, there are headwinds that will make it much harder to repeat this outcome. Globalisation, the major engine of low prices and rapid growth over the past three decades, is in reverse gear. This is partly due to geopolitics, with increasing tension levels between the great powers. The level of international coordination is already significantly lower in this crisis than during the GFC a decade ago. This is compounded by a change in risk appetite. Demographics will also weigh heavily on growth and savings, as the global population continues to age.

It is therefore likely that some of the costs of more debt will have to be socialised through different mechanisms. One obvious route is higher taxes, which, if targeted at the wealthy, is also seen by some as a way to address growing inequality. We know that this is not the core approach planned for South Africa in the near term. In recognition of significant past increases in the tax burden and a severely constrained economy, National Treasury recently placed more than 90% of the debt stabilisation load on spending cuts, and less than 10% on additional revenue through new taxes or higher tax rates. 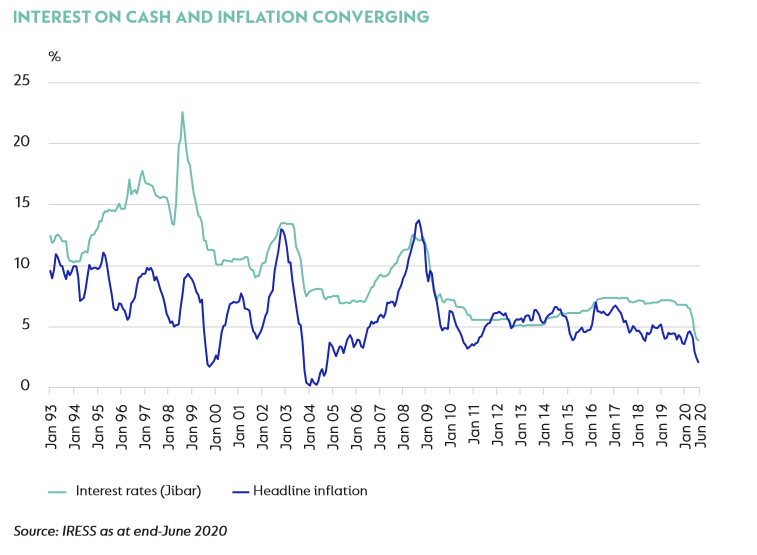 Enter higher prices and the concept of financial repression

When debt can’t be repaid through growth alone and default is unpalatable, higher inflation provides a route out of the quandary. Couple higher prices with financial repression, where governments adopt policies that result in savers earning a rate of return below inflation, and debt can gently be inflated away over time.

One of the great challenges in the current investment environment is that much of the world finds itself in a similar position at exactly the same time, creating a more treacherous path for investors seeking to preserve their wealth.

What is financial repression?

A simple definition is a set of policies that result in savers earning negative after-inflation (real) returns in order to reduce funding costs for lenders — both government and private. This often coincides with a weaker currency and higher inflation.