So what drives returns for investors with multi-decade horizons? - November 2021

Compounding is when your investment returns are re-invested, creating a larger base from which you can earn returns in the future. Compounding is an exponential rather than a linear function, so the longer you have to invest, the greater the possibility of dramatically multiplying your long-term returns.

Consider the extraordinary power of compounding with this example:

Thando starts to invest R500 a month at the age of 25. She contributes the same amount monthly for a period of 10 years, with her investment growing at a rate of 10% a year. After 10 years, she stops contributing on a monthly basis and simply allows her investment to grow until her retirement age of 65. John also invests R500 a month, but only starts 10 years later than Thando (at the point where Thando stops her contributions). He then continues to contribute that same amount diligently until his 65th birthday. His investment also grows at 10% a year. 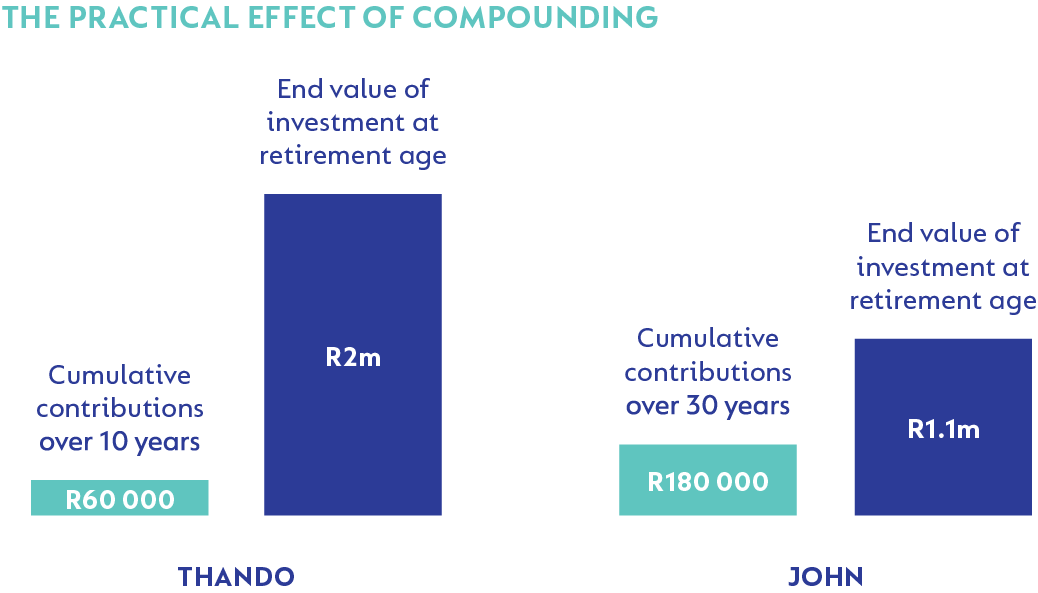 What has made the big difference for Thando?

The significant difference between the end values for Thando and John is highlighted in the illustration on page 6. At 65, Thando (who only contributed for a period of 10 years and then left the investment to compound over a period of 40 years) had accumulated an amount of more than R2 million. At 65, John (who contributed three times more than Thando) only accumulated just over half the end value of Thando’s investment.

Put simply, time diversification means that the longer you remain invested in a growth asset (such as equities), the lower your risk of losing capital becomes. ‘After compounding, time diversification of risk is your second-best friend in the market,’ writes Franco Busetti in The Effective Investor (Pan Macmillan, 2009). 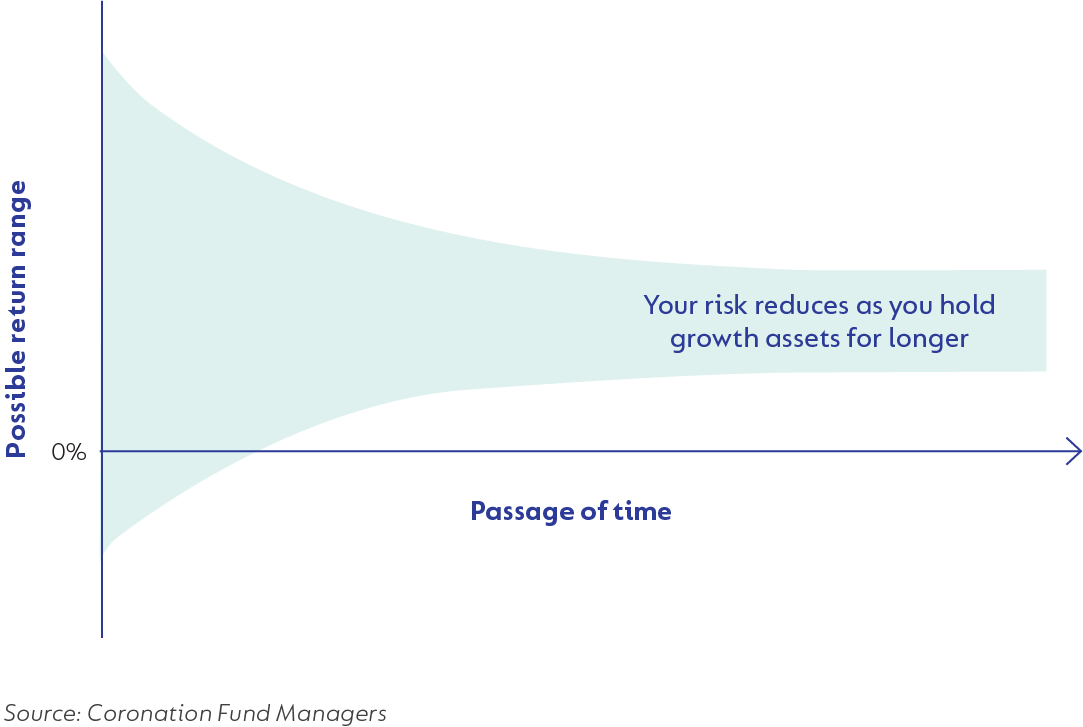 Consider an investment in equities – the asset class that provides the highest expected return over time, but with higher short-term volatility. The chance of losing capital in any one-year period is much greater than that of an investment in cash or bonds. However, the longer you remain invested in equities, the lower this variability becomes.

Figure 3 shows the odds of losing money on an investment in domestic equities (as measured by the FTSE/JSE All Share Index) over different investment time horizons (rolling five, 10, 20 years, etc.). Using returns dating back as far as 1960, it confirms the fact that your likelihood of losing capital on your investment diminishes drastically as your investment horizon increases. While this doesn’t imply a future guarantee, it does illustrate the benefit of a longer-term horizon when allocating to growth assets. 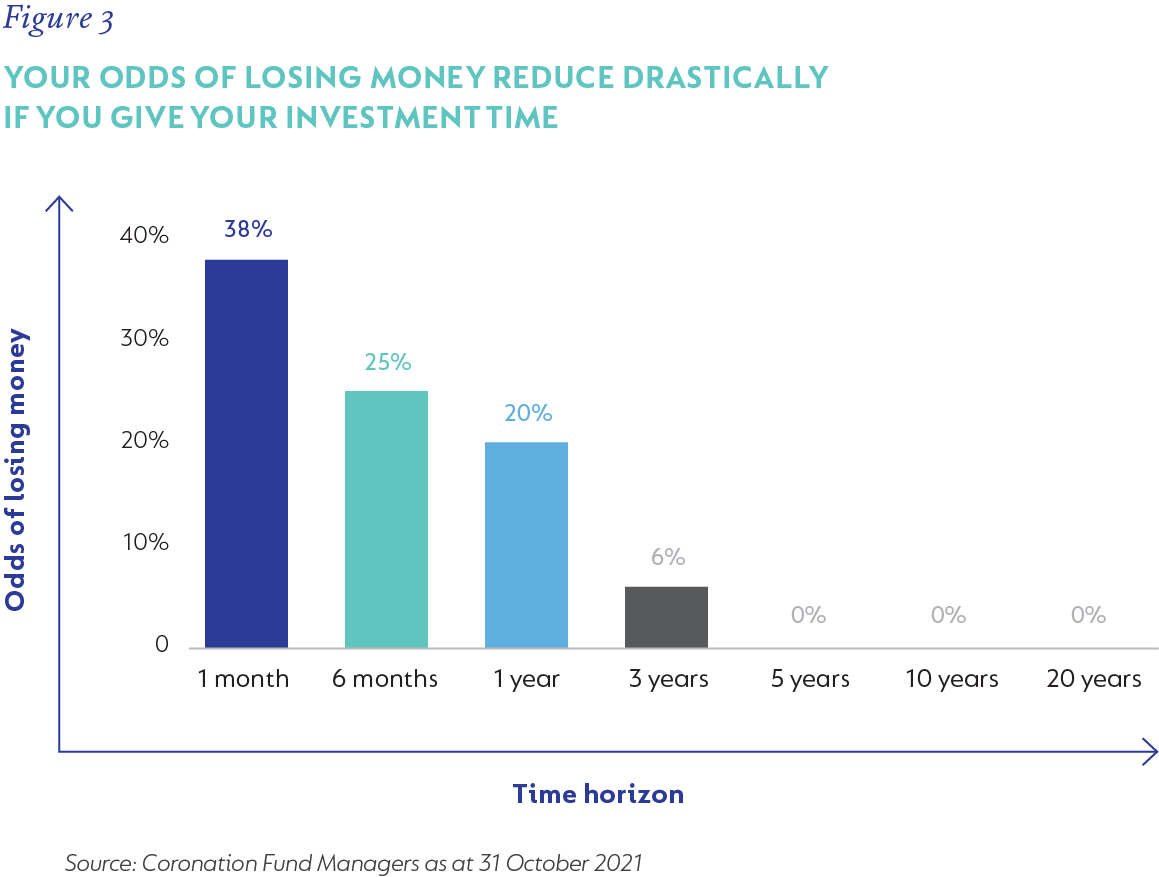 Investors in balanced funds, or those who have the skills to perform the asset allocation themselves, can enhance their long-term savings by making good strategic and tactical asset allocation decisions in response to the dynamic market environment.

Examples of this may include:

Figure 4 (overleaf) illustrates how we have used the above tools to add value through active allocation in our flagship balanced fund, Coronation Balanced Plus, over more than a decade. The stand-out features are: 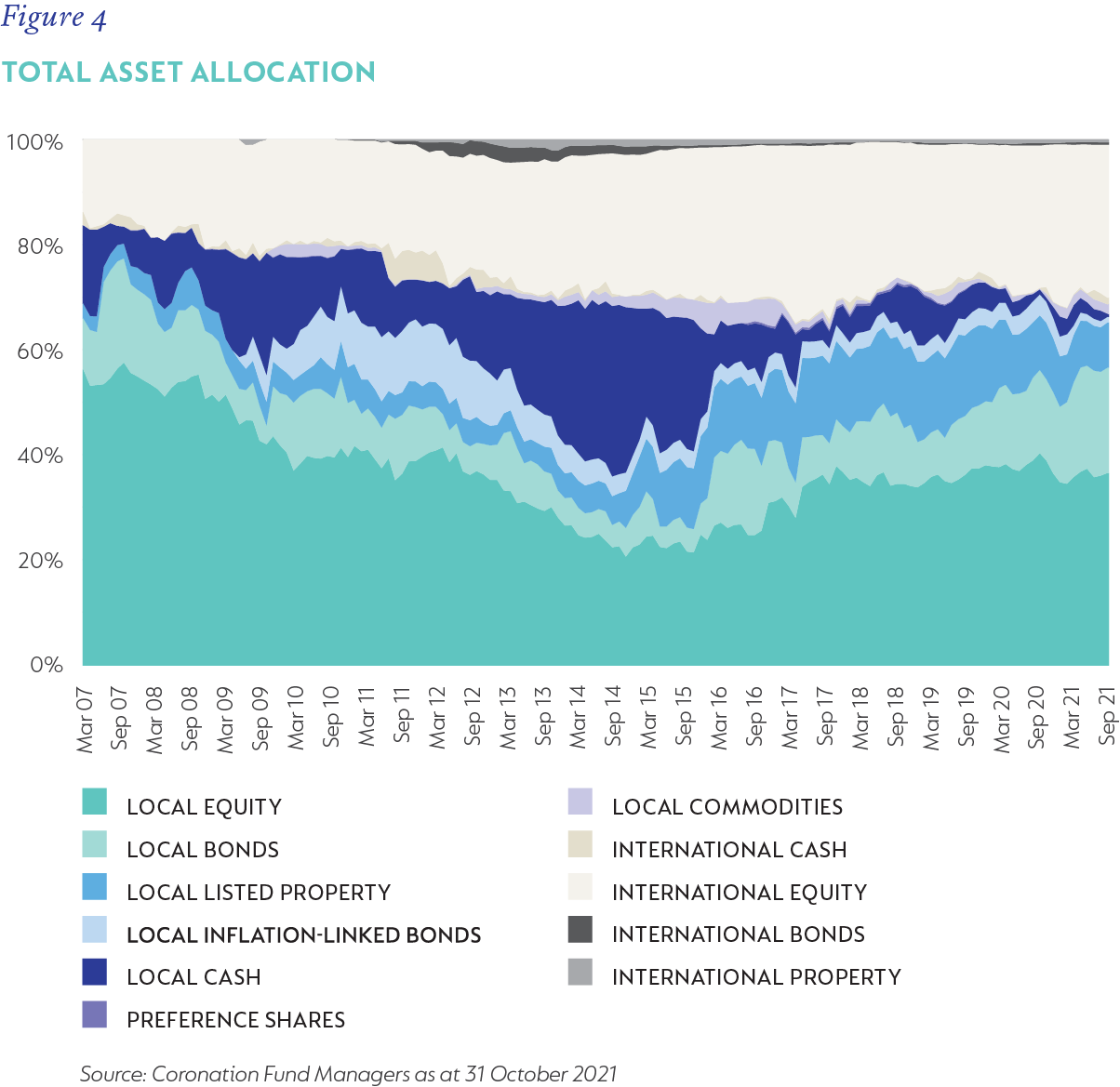 Investing with a skilled fund manager, which actively manages your portfolio, gives you the opportunity to add alpha*, which can add significantly to your investment over time. Coronation, like all active managers, pursues the outperformance of market indices or benchmarks (net of the fees we charge and costs that our portfolios incur). 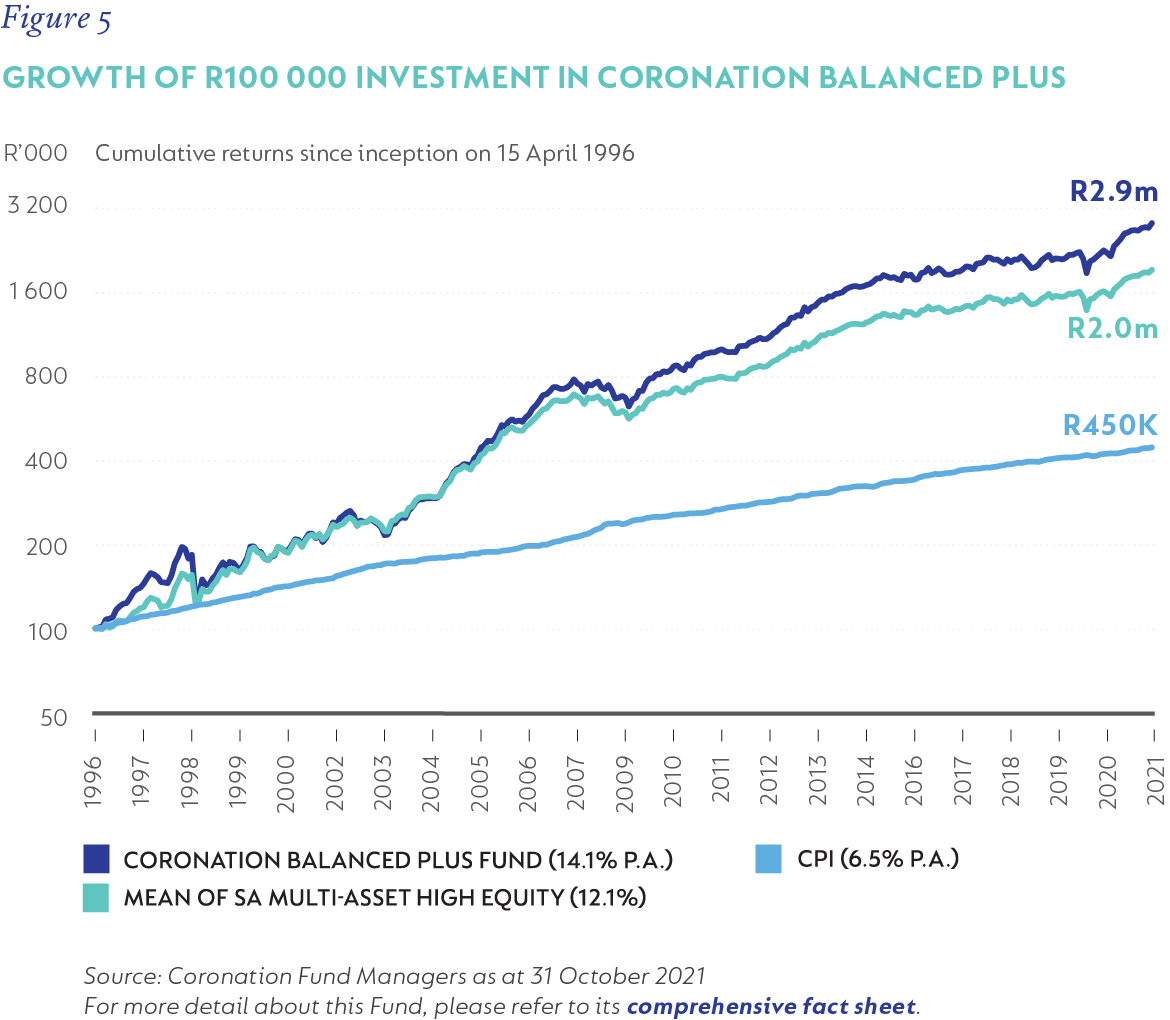 Figure 5 shows the rewards of adding an active return to that of the market by having remained invested with Coronation over the long term. An investment in the average high equity balanced fund more than 25 years ago would have grown your capital by a little over 19 times (in nominal terms), whereas a similar investment in the Coronation Balanced Plus Fund, which has outperformed the category average by 2% p.a. after fees (a seemingly small number), would have grown your capital by 29 times.

The conclusion is as simple as it is compelling: