When you visit Kenya you will find another brand that has become a verb – M-Pesa, the leading mobile money business in the country. “Should I just M-Pesa you the money?” is commonly heard and is evidence of a business that has become completely entrenched in the Kenyan economy. M-Pesa is owned by Safaricom, the leading mobile operator in Kenya. Safaricom recently became particularly relevant for South African investors when Vodacom announced in May 2017 that it will acquire a 35% stake in the company.

We have been following Safaricom closely since we participated in its listing in 2008. We have held this company in different sizes in our portfolio for many years, and as a result our Global Frontiers team, as well as many of our South Africa-focused analysts and portfolio managers, is very familiar with this business. 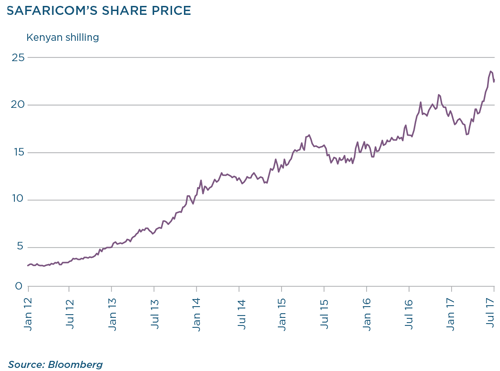 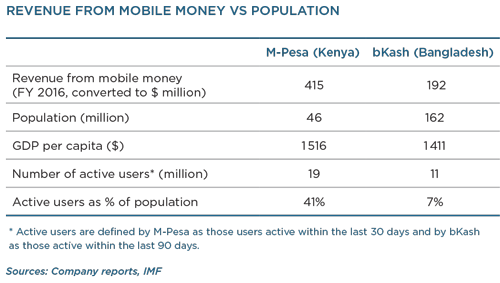 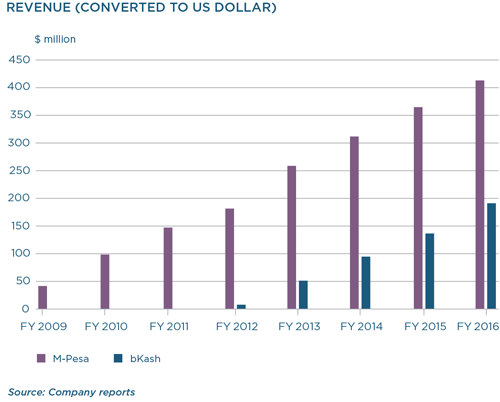 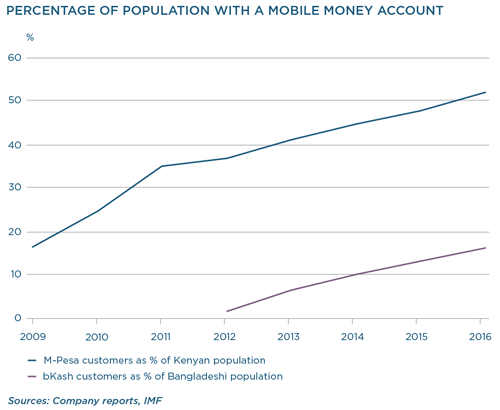