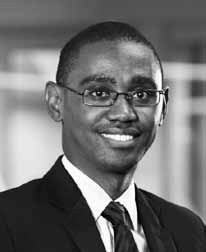 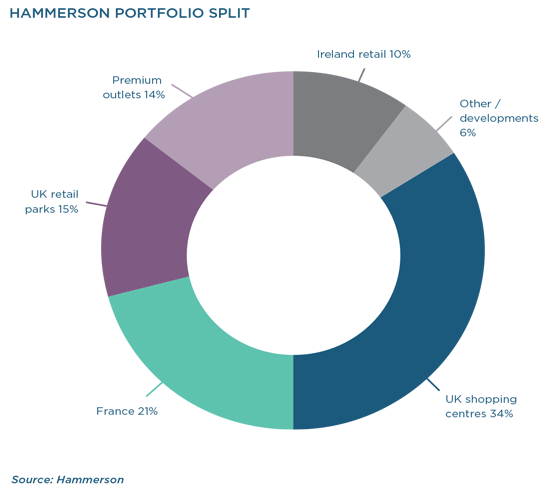 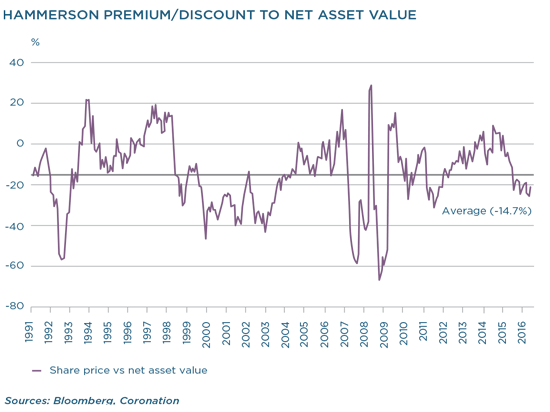 We expect the value creation that should come from the UK shopping centre business, the Irish acquisition as well as the strong outlet business to outweigh the pedestrian performance of the UK retail parks and French business. With the counter trading at a discount of 20% to 25% to its last stated NAV, we believe that at these levels, Hammerson is a quality stock that is worth adding to our portfolios