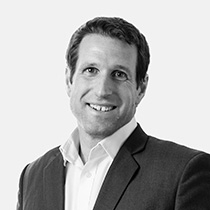 Nic Stein is an analyst and portfolio manager with 13 years of investment industry experience.

It's difficult to know where to begin after the tumultuous quarter that we have just experienced. After a strong start, with markets recovering from the earlier sell-off, the higher global inflation prints, and a more hawkish US Federal Reserve commentary, equity and bond markets sold off aggressively into quarter-end. The global economic outlook was further muddied by continued geopolitical events, with the war in the Ukraine dragging on and looking far worse for Russia, energy price spikes and shortages across Europe, rolling Covid lockdowns in China, and finally the disastrous mini budget in the UK. Despite the broad-based nature of the sell-off, the Strategy managed to deliver a positive return for the quarter. This has kept the longer-term returns consistently ahead of inflation, with the three-year, 10-year and longer-dated returns all significantly ahead of inflation.

Year to date, it's virtually impossible to find any asset class, other than cash, that has delivered a positive return. Global equities, in particular, have been under pressure as fears over a global recession (brought on by tightening policy) have met rising long-term interest rates, resulting in a lowering of ratings. But the most impacted asset class has been global bonds, where decades of a global bond bull market came to a sudden hard stop with negative returns in double digits - unheard of in a supposedly stable asset class outside of sovereign defaults. SA equities, while delivering a negative return, have been relative outperformers as low starting valuations and less extreme moves in interest rates have made them slightly more resilient.

The Strategy’s performance as at 30 September 2022 is shown below: 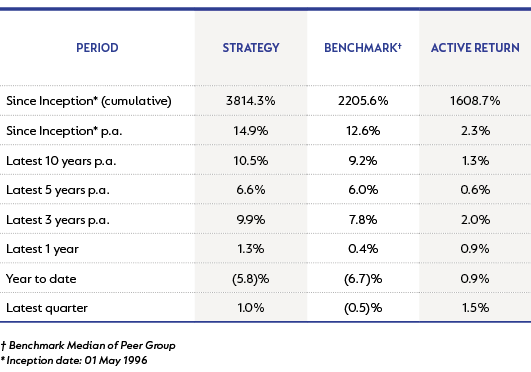 The Strategy, in this environment, has done relatively better, having been underweight in global equity, overweight in SA listed equity and having had no exposure to global sovereign bonds. Within the SA equity bucket, good stock selection has seen our equity slice deliver a flat return despite the market sell-off. Given the very significant moves and the improved forward-looking returns, the challenge on asset allocation is how we build the optimal structured portfolio now that so many of the building blocks are offering compelling upside.

The Strategy has started increasing its exposure to global equity. While the US market overall still screens as fairly valued, we see significant stock picking opportunities within the market. The sell-off has been broad-based and indiscriminate, with well-structured and strong balance sheet businesses being sold off just as much as some of their weaker competitors. In Europe, the fears of an imminent recession and higher interest rates have seen overall markets become very cheap, with single-digit multiples and high dividend yields commonplace. While a recession is likely in the short term, valuation looks attractive on any long-term basis. However, we have maintained our high exposure to SA listed equity as well, resulting in a high total equity exposure. The SA equity market still shows the potential for very good returns, with corporates having produced robust results, resource companies being cash flush and returning cash to shareholders, and despite this, shares continuing to de-rate, even though we are seeing increased signs of buybacks and M&A activity.

We remain overweight resource shares as we expect commodity prices to remain above their long-term levels, driven by strong supply discipline, and mandated demand for commodities required in the build out of clean power and electric vehicles. While markets have clearly become sceptical, as evidenced through the low ratings on most resource shares today, we expect the cash being generated through this period of high prices to be mostly returned to shareholders through a combination of regular and special dividends as well as share buybacks. In a weaker economy with high inflation, it is a sector that currently has pricing power and is delivering cash flows in the short term, so they are particularly advantaged against some of the companies that are finding it difficult to pass on inflationary price increases, and those that expect to deliver the majority of its cash flow in the distant future.

The SA banking sector has come through the Covid lockdown period with very little damage to their franchises and very well-padded balance sheets. As interest rates continue to rise, they will benefit from widening margins which, on top of asset growth in mid- to high-single digits, will see them delivering mid-teens growth in interest income. Given the provisions raised through Covid, very little of which was needed, we do not think the higher rates will see a meaningful rise in bad debts, resulting in most of this income growth dropping through to the bottom line. As the private sector is being allowed to participate in new power build and potentially also taking over logistics in ports and on rail, lending growth should be maintained for the foreseeable future, resulting in earnings for the big banks being in the mid-teens for at least the next 18 months. Despite this, they trade on mid-single digit PE multiples and close to double-digit dividend yields. Even without a re-rating, investors can see meaningful returns from the shares and, as a result, we are overweight the sector.

MTN, the African mobile operator, has seen its share price almost halve in value since peaking at R210 in February of this year. This has occurred despite the business de-gearing its central balance sheet, extracting cash from the majority of its African operations and strengthening its presence in most markets with increased digital offerings. They have launched their mobile banking product in Nigeria (Africa’s most populous country) and are expected to announce a partnership later in the year with a major technology partner across all of their digital businesses. Given the sharp pullback in share price, and improved outlook for the majority of its operations, we have gone overweight MTN in the portfolio. We expect the currencies of their major operating countries outside of South Africa to weaken over time, but including this the share still offers significant upside and organic growth as penetration rates for mobile and digital offerings remain low in the majority of these regions.

The SA listed property market has sold off in line with equities, and we have had limited exposure here other than to those names that offer high yields and have decent balance sheets. One of our largest holdings, L2D, has seen the start of a re-rating this quarter (post the acquisition of Liberty by Standard Bank) as the market started to speculate that some action will be taken given the huge disparity between L2D's share price and the underlying value of its assets.

Our exposure to SA government bonds has remained largely stable, with similar volatility in this period to what we saw with equities. What was looking like a sharp run up in July and August then turned and sold off as global bond yields rose, although the moves were not nearly as extreme given the high running yields on SA bonds. We still think the real yields on SA government bonds are compelling, with inflation arguably having peaked at 7.8% in July and now starting to tick down.

Our asset allocation as at 30 September 2022 is shown below: 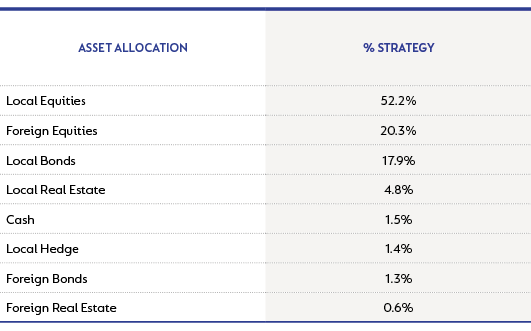 Our top 10 holdings and sector exposure as at 30 September 2022 is shown below: 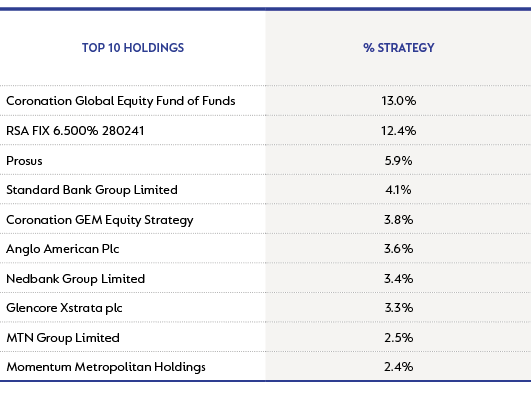 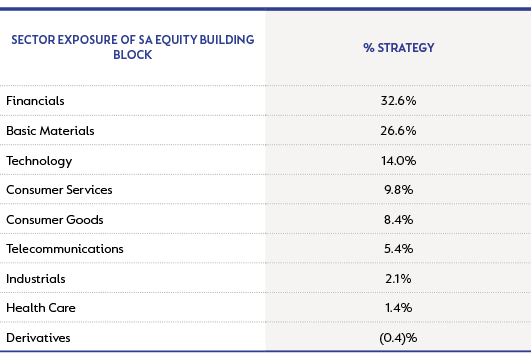 While it's never comfortable to experience falling markets, one should always maintain the longer-term perspective, and over the longer term the Strategy has achieved its objective of preserving and growing capital in real terms. More recent price moves in markets have created greater opportunities to continue delivering these returns, with an appropriate balance of diversity and carefully managed risk profile.

Nic Stein is an analyst and portfolio manager with 13 years of investment industry experience.