GLOBAL GROWTH HAS peaked (see Figure 1). This is not unexpected after the initial strong recovery from China late last year, followed by developed economies with superior vaccination strategies. After China, the US saw growth accelerate to 1.5% quarter on quarter (q/q) in the first quarter of 2021 (Q1-21) and 1.6% in the second quarter (Q2-21), then the UK staggered open and output surged 5.5% in Q2-21, after a lockdown-induced contraction in Q1-21. A laggard, Europe opened steadily from Q2-21, and growth momentum has gathered. Yet, into year-end, activity data has slowed, and the growth outlook has become uneven and increasingly complex. Different strategies related to Covid-19 variant emergence are in part to blame, but the uncertain withdrawal of policy support and related risks to inflation are now growing headwinds. 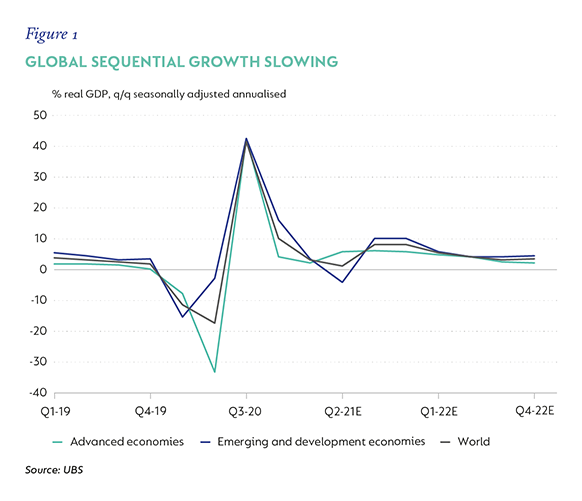 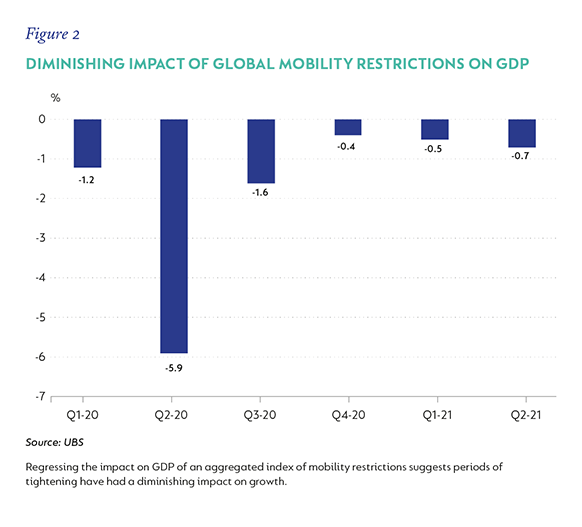 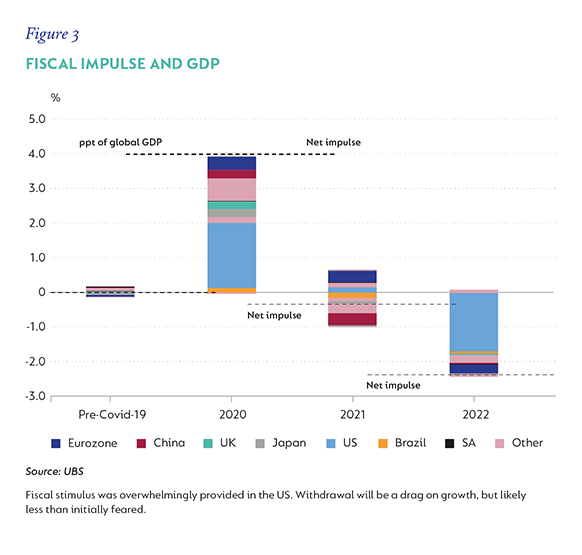 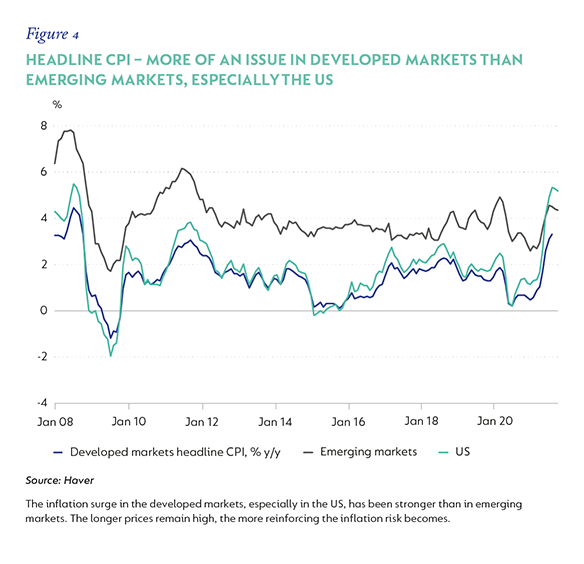