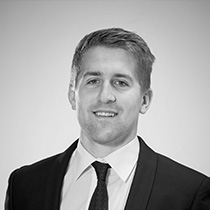 In this article we discuss the global sportswear market and why we believe the investment case for Adidas presents a compelling opportunity for our funds. 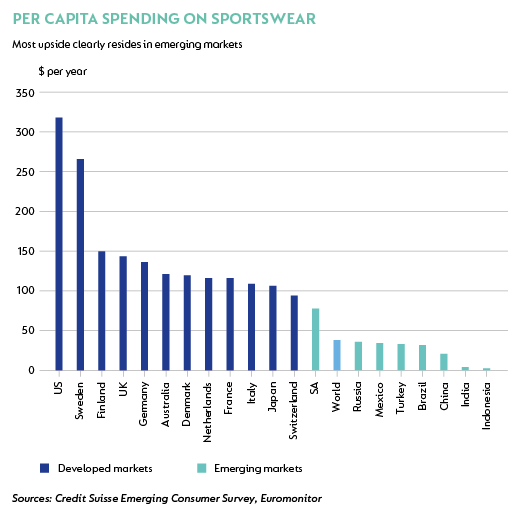 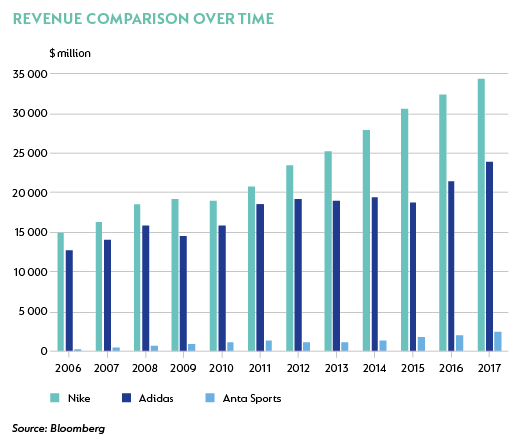 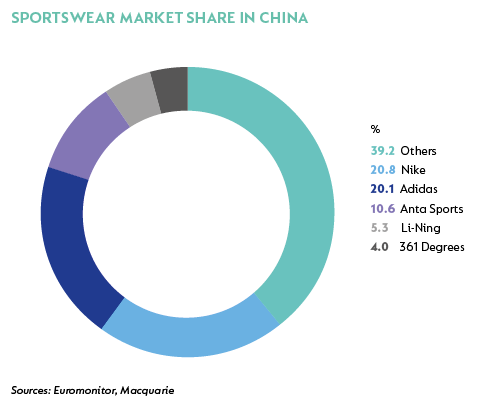 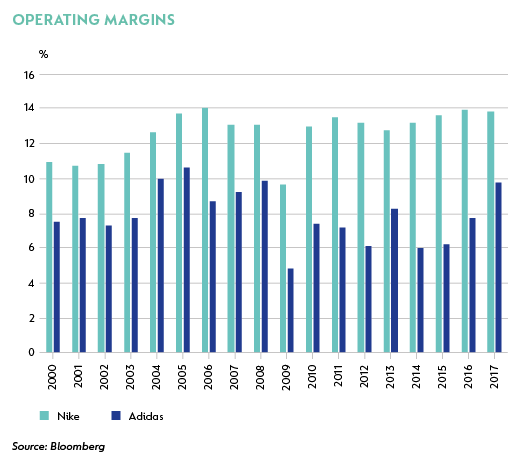 Our investment team has closely followed both Adidas and Nike for a number of years. Due to similarly compelling investment cases, we have owned both companies at varying sizes in our funds over time. We also like the fundamentals of Anta Sports, a homegrown Chinese sportswear company that we have analysed in detail in the past but have chosen not to own due to a high valuation and an insufficient margin of safety. All three stocks have done well over the past five years, beating the broader market comfortably.

Adidas is a world-class premium sports brand, with strong market positions in attractive, growing categories and across geographies. We are encouraged by the the fact that the business now has a strong management team with a good track record that is doing the right things to improve the operational performance of the company. After reducing its debt levels over recent years, the company also has a strong balance sheet and is committed to returning excess capital in the form of dividends and share buybacks. A recent pullback in the share price in late 2017 meant that the stock was trading on 20 times earnings, at a material valuation discount to Nike and with a better earnings growth profile due to its low margins. This provided us with an opportunity to build a meaningful position in our funds.