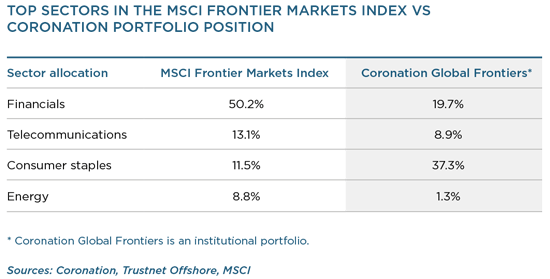 Coronation Global Frontiers is an institutional-only portfolio. Another institutional portfolio, Coronation Africa Frontiers, is managed by the same team and included as an underlying holding in our multi-asset funds such as Coronation Balanced Plus.