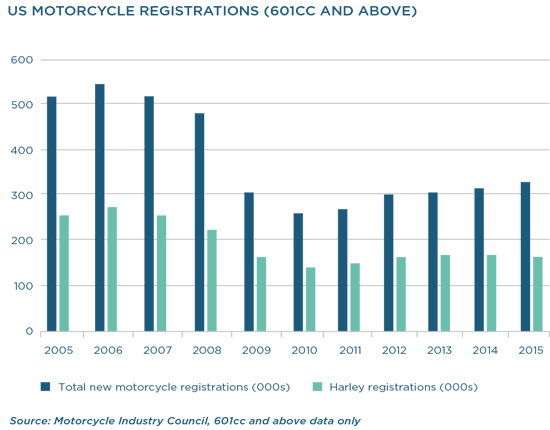 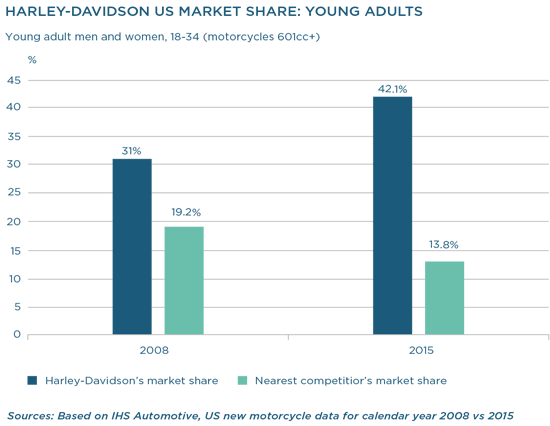 But it is the opportunistic share buybacks during the last 18 months that we view very favourably. The bulk occurred in 2015 when the business used its strong balance sheet² and the favourable financing environment to borrow $750 million at 4% for the purpose of buying back shares (at the time shares were trading at an approximate 9% FCF yield). This debt issuance, combined with cash generated by the business during the year, allowed Harley to repurchase $1.5 billion worth of shares (13% of the shares outstanding at the time) at prices well below our estimate of fair value. 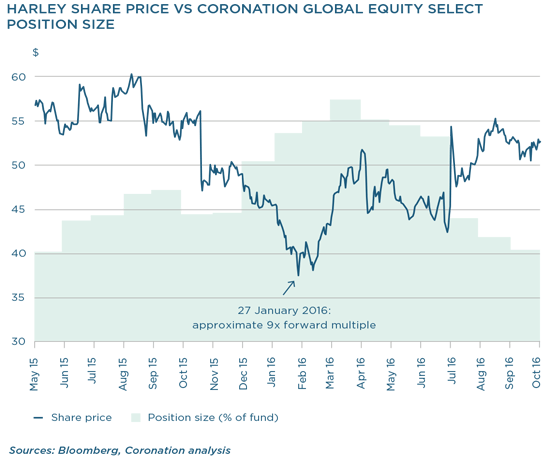