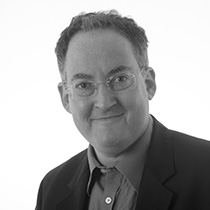 After years of rumbling away in the background, North Korea has pushed its way to the very front of the international agenda. The North Korean regime led by Kim Jong Un is closing in on developing a nuclear missile that can hit the United States. But Donald Trump has vowed that North Korea will not be allowed to threaten the US with nuclear weapons. The US president has also repeatedly suggested that the US is prepared to take preemptive military action to prevent this from happening. Speaking at the UN, he even threatened to “totally destroy” North Korea, if it threatened the US.

Some sort of final crisis may now be in the offing. The Chinese government has compared the US and North Korea to two trains heading towards each other, at top speed. The question is whether either side is prepared to slam on the brakes.

It is highly likely that there are secret diplomatic contacts between Washington and Pyongyang – so the crisis could yet be resolved by negotiations. Alternatively, if North Korea is ultimately unwilling to freeze its nuclear programme, the US might indeed stage a military strike. But the strongest possibility is that America will ultimately decide that attacking North Korea is too dangerous – and will finally have to tolerate the North Korean nuclear threat.

The Americans know that any attack on North Korea could spark devastating retaliation against South Korea – and against US military bases in the region. North Korea probably now has more than 20 nuclear weapons – and they are dispersed in secret locations. Even if the US succeeded in ‘taking out’ all of North Korea’s nuclear weaponry, the Pyongyang regime could still launch a devastating conventional artillery attack on South Korea, whose capital, Seoul, lies just 56 km from the North Korean border. American estimates suggest that up to one million Koreans could die if war broke out on the Korean peninsula.

North Korea is such a closed society that even academic specialists struggle to interpret its behaviour. The mainstream view is that Mr Kim’s pursuit of advanced nuclear weapons is motivated by a search for security.

The North Korean leader has seen what happened to other dictators who failed to acquire these weapons – Saddam Hussein of Iraq and Muammar Gaddafi of Libya – and concluded that only nukes can guarantee his survival. North Korea would also be devastated by American retaliation – if it was unwise enough to attack US bases in South Korea, or elsewhere.

For that reason, it seems unlikely that either side actually wants a war. But it remains possible that North Korea and the US will stumble into a war by accident. The two key leaders – Presidents Kim and Trump – are both unpredictable and given to bombastic rhetoric. The dangers that they will miscalculate each other’s actions – with catastrophic consequences – are real.

The Chinese government, North Korea’s neighbour, is critical to hopes of a peaceful solution – but faces a complex set of calculations. Mr Trump has repeatedly tried to persuade Beijing to exert more economic pressure on North Korea, threatening that the US will take unilateral military action if China fails to force Mr Kim into line. China has sought to placate Mr Trump by toughening sanctions on Pyongyang. But the Chinese also have to consider how Mr Kim might react if he is forced into a corner. The risk that the North Korean leader will use nuclear weapons first will surely rise if he is faced with the prospect of the collapse of his own regime – and his own certain death.

It is also important to be realistic. The Kim regime currently shows little interest in diplomacy, or in responding to the tentative efforts at rapprochement from the new South Korean government.

For the moment, therefore, the world will have to trust in deterrence, containment and luck to avoid a catastrophe on the Korean peninsula.