Marc Talpert is an analyst and portfolio manager with eight years' of investment industry experience.

Following a strong showing by emerging markets (EMs), particularly China in 2020, we have seen some reversal of this trend in the first half of 2021. This has been further exacerbated by concerns around recent regulatory moves made across several sectors in China. When dealing with EMs, however, heightened volatility comes with the territory; and many are asking whether the collapse in prices reflects underlying risks or if this is, in fact, a fantastic buying opportunity.

Managing money through some tumultuous times in EMs over the last few decades has taught us that if we want to benefit from the growth and demographic potential of countries and stocks within this universe, we need to invest based on a long-term horizon. With this in mind, we are excited about the long-term opportunities that exist in the EM universe, even in a still stressed macro environment. We have identified two sectors - gaming and food delivery – that we believe offer great potential.

Gaming: Ignore a generational shift at your peril

Gaming is no longer just a frivolous activity but is becoming a powerful virtual economy and we are excited about the prospects we see in gaming stocks. A significant amount of commercial activity is happening and we believe select stocks in this sector offer great investment potential.

The growth in gaming is being powered by a profound generational shift driven by Generation Z and, to a certain extent, millennials, that may well see these generations become “video games-first” instead of “videos-first”, as has been the case with previous generations. 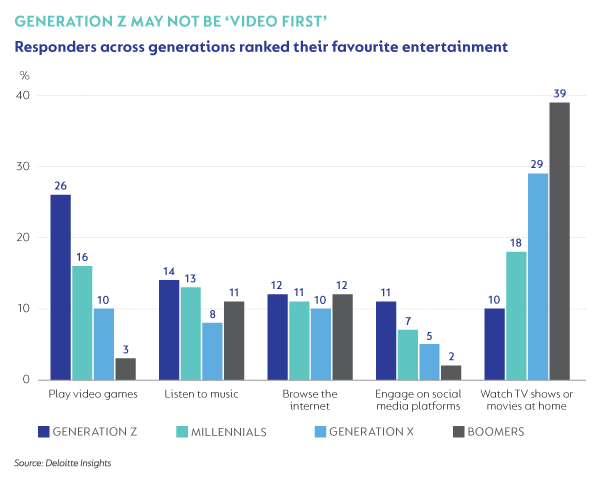 The gaming experience is only getting better, driven by technological developments in hardware and software. Games are becoming far more than just an entertainment activity, but also a social destination. Gaming has grown exponentially, with 50% of all kids under 16 in the US playing Roblox.

Another driving factor is that the average game today is free to play, making the barrier to entry extremely low, and companies monetise through microtransactions within games. In 2015, the virtual goods economy was generating less than $5 billion. In 2020, the industry had grown to $54 billion, and we expect growth to continue from here.

The number of gamers has the potential to grow in these regions, but another very important driver of growth is the annual spend per gamer. In our view, there are significant tailwinds behind this, given the good value that the average consumer is getting from the money they are spending. When you consider that the average consumer that is gaming in China is spending less than $70 a year and the US annual spend per gamer is just over $220 a year, it becomes clear that it is still an extremely cheap form of entertainment. 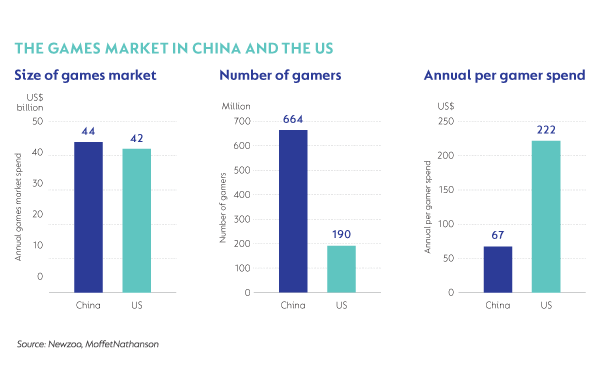 The gaming stocks that we believe offer the most potential are Tencent and NetEase because they are also growing their market share outside China by exporting their games and investing in global gaming studios. Tencent, for instance, generates 26% of their gaming revenue from outside China and NetEase about 10%. Since 2018, there has been consistent growth in the size of Chinese companies in the global gaming market. Other gaming stocks we own are Nintendo and SEA, which are also benefiting from this significant structural growth in gaming.

Food delivery is the other sector in EMs that we believe offers immense potential. It is already growing exponentially. Countries are at different levels of penetration, stages of market development and platform profitability. However, we still believe that the addressable market is huge and that we are very much in the early innings of food delivery.

People consume 90 meals monthly and the market penetration of home deliveries is relatively low, making the global addressable market significant as is clear from the charts below. 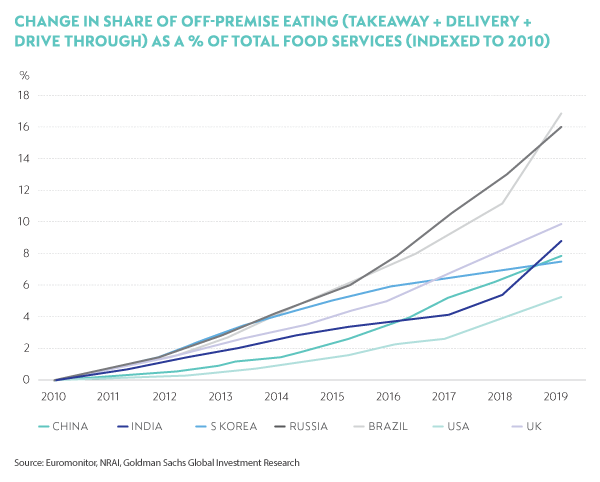 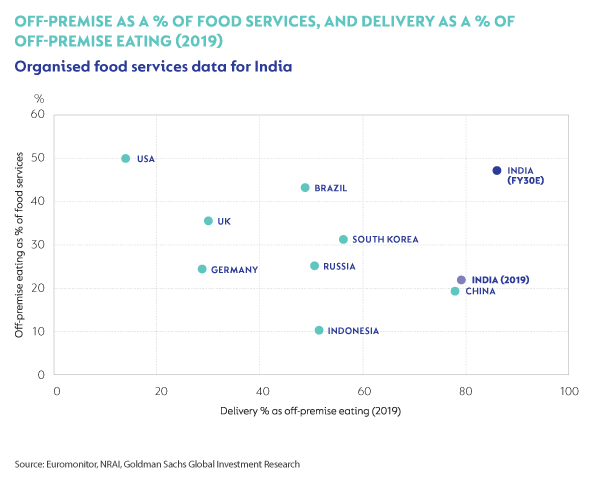 Notwithstanding the huge growth in food delivery, there are still many sceptics who are doubtful about the likely profitability of these platforms. However, we believe that you need to delve into the region and city market dynamics instead of just looking at the sector at an aggregate level. Our research shows that some regions exhibit very positive economics, which gives us confidence that these platforms are likely to deliver reasonable, healthy profits and strong top-line growth.

We have positioned ourselves to take advantage of the opportunities in the sector by investing in Delivery Hero (#1 player in 90% of their markets which spans 52 countries) and we have indirect exposure to Swiggy (operates in a duopoly in India) and iFood (80% share in Brazil) through Naspers and Prosus.

Even in an environment of ongoing uncertainty and unpredictability, we are confident that these sectors and our preferred companies within them have proved their mettle during Covid-19 and give us access to immense future growth potential.

The above article also appeared in Business Day on 12 September. You can read the article here.

Marc Talpert is an analyst and portfolio manager with eight years' of investment industry experience.

It’s not just about Tencent, games and China